Where a lease is surrendered under an Agreement for Surrender, is a tenant liable to pay the landlord damages where sums have not been calculated by the date of completion of the surrender?

In Dreams Limited v Pavilion Property Trustees Limited [2020], the defendant owned a building on a retail estate which was let to Dreams plc. Following Dreams plc’s administration, the lease was assigned to the claimant tenant. An Agreement for Surrender was then entered into between the claimant and defendant.

Together with other standard lease covenants to keep the property in repair, not to make alterations without consent and to remove belongings at the end of the term, the lease required the tenant to pay rent quarterly in advance. Additional rents in respect of insurance, service charge, interest and VAT were also reserved. The tenant covenanted to reimburse the landlord for costs incurred in the preparation of dilapidations schedules or in pursuing payments.

The Agreement for Surrender required the surrender to be made with vacant possession. A notice was subsequently served to surrender the lease. By the completion date, the parties had not determined an agreed sum owed to the landlord in respect of dilapidations and other sums in respect of rent, service charge and insurance. A claim was brought to determine whether:

The High Court considered the case with reference to leading authorities in the interpretation of contract terms, including Arnold v Britton [2015]. The judgment found in favour of the claimant tenant on point 1 above, and in favour of the defendant landlord on point 2.

In respect of point 1, the claim for dilapidations was a claim for unliquidated damages, the sum of which had not been agreed between the parties and could not therefore be considered to be ‘due’. There was no mechanism for determining the dilapidations dispute prior to completion, and the landlord could not at completion specify an exact sum. In assessing the language of the Agreement for Surrender, the phrase ‘any money due on completion’ did not include an unliquidated damages sum for dilapidations. The Agreement made payment of such sums a condition of completion of the surrender. In assessing the wording of the Agreement and lease, the context of the matter, practical workability of the provisions and the commercial consequences, the claimant succeeded on this point.

On point 2, the Court found that the ‘bargain’ contained in the surrender consists of the transfer of premises with vacant possession by the tenant, in return for the landlord’s acceptance of the surrender and release of liabilities. The judge considered both to be conditional obligations, where one element is needed in order to complete performance of the other, thereby finding in favour of the landlord on this point.

The parties were invited to agree an order between themselves that gave effect to the judgment.

An important decision for landlords, this case determined that the tenant was not obliged to pay damages on completion of the surrender as the dilapidations sums were unliquidated and were not therefore subject to the provision that it must pay ‘all sums due’. The dilapidations sum could not be ‘due’ as it had not been agreed. The tenant should have given the property up with vacant possession, and again this was determined by reference to, and interpretation of, contract wording.

The decision emphasises the need for clear drafting in all contracts, providing mechanisms for the agreement of sums that may otherwise be disputed in order that a landlord does not retake possession of a property without the comfort of damages paid in respect of dilapidations. Both landlords and tenants are advised to ensure their positions are fully protected when entering into any contract, in this case an Agreement for Surrender.

The High Court considered the case with reference to leading authorities in the interpretation of contract terms. The claim for dilapidations was a claim for unliquidated damages which had not been agreed and could not be considered to be ‘due’.

Rights to Light: Will an injunction to cut back be awarded even where a redevelopment is completed and fully let? (Beaumont Business Centres Ltd v Florala Properties Ltd - 2020)

Houses in multiple occupation: Defence of reasonable excuse in appeal against Rent Repayment Order (D’Costa v D’Andrea and others - 2021) 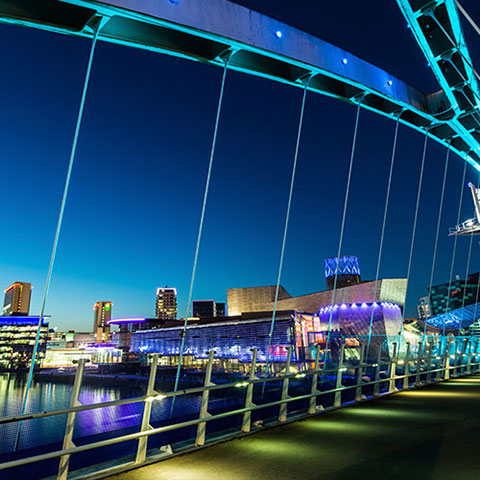