Stephen Clacy and Wendy Nunn -v- Alexander Sanchez and others [2015]

Is certification of service charge accounts vital in every case?

Is it necessary for service charge sums to be certified by an accountant for them to become payable?
The freehold of the subject property, a block of four flats each let on long leases, was held by Appellants Clacy & Nunn. The Respondents in this Upper Tribunal appeal case were the lessees of the individual flats, together with the enfranchisement company formed by the Respondents.
The contents of each lease were broadly similar, with service charge to be paid in advance on account with reconciliation at the end of the service charge year. Accounts were to be certified in accordance with the following lease provision:
“The amount of the service charge shall be ascertained and certified annually by a Certificate …. signed by a qualified accountant as soon as practicable after the end of each of the Management Company’s financial year…”
No certificates had been issued as at the date of the First-Tier Tribunal (“FTT”) hearing. The Respondents argued that, as a result, no service charge was payable as the issue of a certificate was a condition to service charge liability. The FTT agreed and the freeholders appealed.
A second point was also considered in the case. The parties had reached an agreement outside of the specific lease terms to the effect that, where a service charge item was disputed, a lessee could raise the dispute with the freeholders and copy invoices relating to the disputed item supplied. This arrangement was not formally documented and it was argued by the freeholders that the lessees had waived their right to require certification of the accounts.
The Law
The Upper Tribunal considered the true construction of the lease provision, namely:
•    whether there was an obligation on the Respondent lessees to pay service charge without deduction on written demand;
•    whether certification of the accounts was simply a means to receiving payment; or
•    whether accounts must be certified as a condition precedent to the lessees’ obligation to pay.
The UT referred to a number of examples of case law in its judgement. In both cases of Finchbourne Ltd  Rodigues [1976] and Rexhaven Ltd v Nurse and Alliance and Leicester Building Society [1996], it was held that certification did constitute a condition precedent; in Finchbourne, it was noted that otherwise the tenant could not know what sums were to be paid.
However, the more recent case of Warrior Quay Management Co Ltd v Joachim [2008] held that failure of a management company to supply auditor’s certificates did not result in the tenants’ release of the obligation to pay for services supplied. Citing the judgement:
“The absence of any proper certificate is a matter that may weigh against [the Management Company] and may result in the LVT deciding that a lesser sum that hoped for by [the Management Company] may be decided to be the amount payable … I conclude, with respect to the LVT, that the absence of the required certificates from [the Management Company’s] accountants or auditors did not have the effect of making nothing at all payable by way of service charge for the relevant years.”
Similar decisions were reached and referred to in Scottish Mutual Insurance Plc v Jardine Public Relations Ltd [1999] and Bhambhani v Willowcourt Management Co. (1985) Ltd [2007].
In discussing the waiver point, the UT refers to The Republic of India v India Steamship Co. Ltd [1997], citing that:
“It is not enough that each of the two parties acts on an assumption not communicated to the other. But it was rightly accepted by counsel for both parties that a concluded agreement is not a requirement for an estoppel by convention.”
In commenting on the above, the judge concludes that it would be unjust for the lessees to benefit from the assumption that certification need not be made; the freeholders have suffered a loss and the lessees should pay for the benefit of the services they have received.
The Decision
The Upper Tribunal held that the leases did contain an obligation on the lessees to pay service charge sums to the management company on written demand.
The lease wording operates as a mechanism for the service charge payments to be made, and therefore certification of the service charge accounts is not required as a pre-condition to the management company demanding payment or to payment being made by the lessees. There is no contractual requirement or condition precedent.
Further, the lessees waived any right to require a certification process by virtue of their conduct during the preceding years.
JB Leitch’s Stuart Miles comments on the decision:
“This case concerns the familiar concept where leases provide for on-account payments and an end of year certification process. The requirement to provide the end of year certificate will not act as a condition precedent to recovering payments on account. In the decision, the Upper Tribunal has given a clear warning that each lease must be considered on its own construction, so it is important to thoroughly check the relevant clauses before coming to such a conclusion.
This case also provides useful authority in situations where the conduct of parties to a lease suggests that they do not intend to follow a certain clause in the lease; one of the parties cannot later renege on such an agreement as they will be estopped from relying on the clause, or in the alternative, adjudged to have waived their right to rely on the clause. It would appear from the Upper Tribunal’s decision that they will be looking for detailed evidence of the conduct of the parties, before ruling that a party is estopped from relying on its contractual entitlement to a particular clause. It would of course still be advisable to record any agreed alterations to clauses in a lease in a Deed of Variation, to avoid costly litigation in the event that a dispute later arises.” 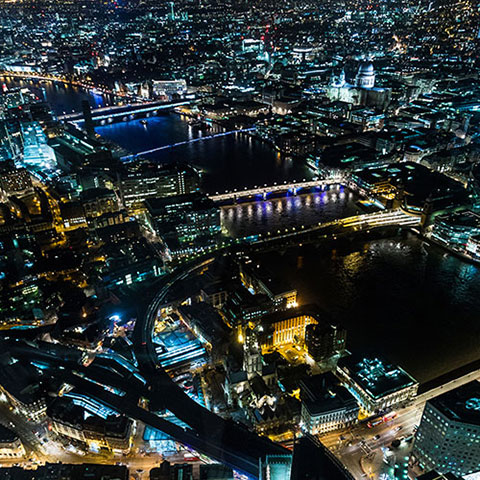