In this blog, Trainee Solicitor Katie Orr reviews a recent case success for JB Leitch which focused on the prevalent subject of serve charge apportionment…

Our recent case success focused on an Estate comprised of 365 residential leasehold properties (a mixture of 1-3 bedroom apartments and 3-5 bedroom houses) and 45 commercial units, with above and below ground parking, communal gardens, roadways and other facilities such as pumping stations, a nature reserve and a medical centre.

The dispute had its genesis in a fire that broke out on the balcony of a flat in June 2018. Inspection reports raised serious concerns about fire risks within 2 of the 7 blocks, which necessitated the engagement of a waking watch pending essential remedial fire stopping works. The cost was anticipated to exceed £350,000 over 2019/2020 with additional fire stopping costs of £220,000 being charged in 2020.

A substantial number of leaseholders were unhappy with the decision to spread the waking watch and fire stopping costs across the Estate. Applications were made to the tribunal to determine service charges for 2018 to 2020, including the question over whether the budget service charge demand for 2019/2020 was reasonable and whether the proposed new proportions were reasonable.

As determination of this issue could affect all leaseholders and house owners across the Estate, our client, the management company, applied for a determination of a fair and reasonable apportionment of all service charges for 2021 which it proposed to then apply to the balancing charge for 2020.

One of the main areas of contention for a proportion of the leaseholders was the methodology of apportionment applied by the previous managing agent (replaced in September 2020). The disputing leaseholders were of the view that the former agents had failed to communicate the issues with the apportionment allocations before circulating the 2020 budget demand and there were additional problems in regard to there having been no reserve fund accumulated for renewal costs and cyclical maintenance.

Our client recognised the issues and considered that a recalculation of the Estate charge based entirely on square footage was unreasonable. A methodology that apportions the general Estate costs and the Area specific costs on a ‘per unit’ basis, leaving just the Building specific costs to be apportioned on a floor area basis was suggested to the Tribunal, specifically because the residential properties largely benefit in the same way from the general Estate services, such as security and management and from maintenance of the communal areas of the Estate, whether or not they choose to utilise the facilities (such as the landscaped areas).

It was proposed that the Tribunal must first determine what a fair and reasonable percentage is, before it could consider whether it would be unfair to continue to compute the service charge on the former basis.

The Tribunal agreed with our client that the current methodology was no longer yielding a fair and reasonable apportionment, partly due to large parts of the development being sold off and transferred to the Council.

It was determined that a unit charge method of calculation for the calculation of the Estate and Areas charge, as proposed by our client, has the benefit of simplicity, transparency and ease of amending / updating. On the basis that the houses at the development require a reduced level of service, a variation of 0.75 of a unit was also applied.

In terms of the Buildings charge, the Tribunal confirmed that costs referable to a particular Building (as defined in the leases) would continue to be charged to the Building charge schedule and apportioned by reference to floor area. This was deemed to be the fairest basis for allocation because the maintenance and repair of the fabric and interior of the buildings is directly referable to the size of the component properties. To ensure fairness between the houses and apartments, a further refinement was put in place meaning that costs relating solely to the houses and those relating solely to the apartments were to be separated into two schedules i.e. the Houses charge and the Apartments charge. A third schedule would encompass costs that are common to both such as insurance, water pumping and drainage.

As to the commercial properties, the Tribunal applied the allocation that had been in place previously meaning that 30% of the costs allocated to the Estate, Area and Building charge schedules is to be allocated, save in respect of those services which had historically been allocated on a different percentage basis because they predominantly benefit one or other user group.

As we previously reported, the methodologies and practical application of apportioning service charges in leases is an ever-evolving area and the application of the statutory provisions contained within the Landlord and Tenant Act 1985 (LTA 1985) can be complex and sometimes confusing. Given that in this case, historic evidence for the rationale for apportionment (and errors in calculation) were difficult to identify, we would again advise that landlords and management companies continue to keep evidence of how they calculate and administer the apportionments of service charge should they potentially be challenged in future. 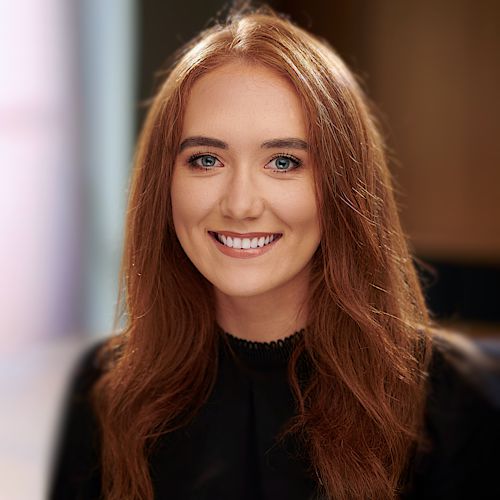 Our understanding of the property management industry ensures that clients can trust our knowledge, expertise and depth of service in delivering rapid and effective results.

Environmental Law: Whether a claim in trespass or nuisance could be made in respect of unauthorised discharges (Manchester Ship Canal Company Ltd v United Utilities Water Ltd – 2022)

Read more
Your choice regarding cookies on this site

Some cookies are essential, whilst others help us improve your experience by providing insights into how the site is being used. The technology to maintain this privacy management relies on cookie identifiers. Removing or resetting your browser cookies will reset these preferences.